Pete Cerqua is GROWING!!! You can too! Training Call Tomorrow Night, Be there! 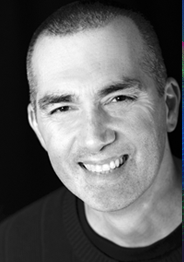 
Pete Cerqua
Pete Cerqua is one of New York City's most respected and in-demand fitness trainers. He has been helping people lose weight since the 1980s, and he continues to increase his fan base through the four gyms he owns and runs in the New York City area.
Pete is a frequent guest speaker on topics of health and fitness and has appeared in numerous media outlets such as CBS News with Kate Sullivan and Maurice DuBois, NC Morning News with Scott Fitzgerald, The Frankie Boyer Show, The John Carney Show, and in prominent magazines such as O Magazine, Self, and Health. Pete is currently finishing his next two books titled The High Intensity Fitness Revolution for Women and The High Intensity Fitness Revolution for Men published by Skyhorse Publishing available for pre-order on Amazon.

Posted by Sean Escobar at 10:10 PM No comments: